You are here: Home1 / Solutions2 / Aerospace The aerospace industry utilizes our standard load cells and sensor technologies, as well as engineered-to-order and completely custom solutions. We are known for our ability to meet the exact specifications in capacities, capabilities and use case requirements for testing and measuring performance in the design and manufacturing of all types of flight vehicles. Since 1968, we have partnered through the advancements and innovations to go above and beyond.

Interface load cells have been used regularly in aerospace and force sensors for aircraft structural tests, as well as ancillary equipment manufacturers. Our expert application engineers help you design solutions featuring our exceedingly accurate LowProfile™ load cells for structural static or fatigue testing. Our moment and temperature compensated load cells use proprietary alloy strain gages for extreme accuracy and reliability that is unmatched by other brands. Using eight proprietary strain gages per sensor, our 4mV/V output well exceeds the performance.

Our LowProfile™ Load Cells are offered in single, dual, and triple bridge configurations for different data acquisition/control requirements. Our 1200 series load cells are used for static testing while the 1000 series load cells are designed for fatigue testing up to 100,000,000 fully reversed cycles. The 1700 series flange load cells are widely used in Europe where there is a desire to bolt the load cell directly to the actuator bolt circle. Our calibration Gold Standard™ and Platinum Standard™ load cell families are used in testing most other brands of force sensors in over 300 labs worldwide.

Aircraft, spacecraft, military, and defense companies such as Boeing, Airbus, Lockheed, Northrop, Bombardier, Embraer, Gulfstream, NASA, and Cessna have depended on Interface load cells for thrust, wing, static, and fatigue testing. While structural test applications utilize many types of LowProfile™ load cells, we offer a wide variety of Load Washers, Load Buttons and Miniature Tension & Compression Load Cells for test, production, and control monitoring applications. Check out our Rocket Structural Testing Application Note to see how we can help you.

With a range of capabilities available from miniatures measuring tenths of a Newton to enormous load cells with 2 million lbf capacity, Interface’s in-stock and custom application specific solutions can do it all. 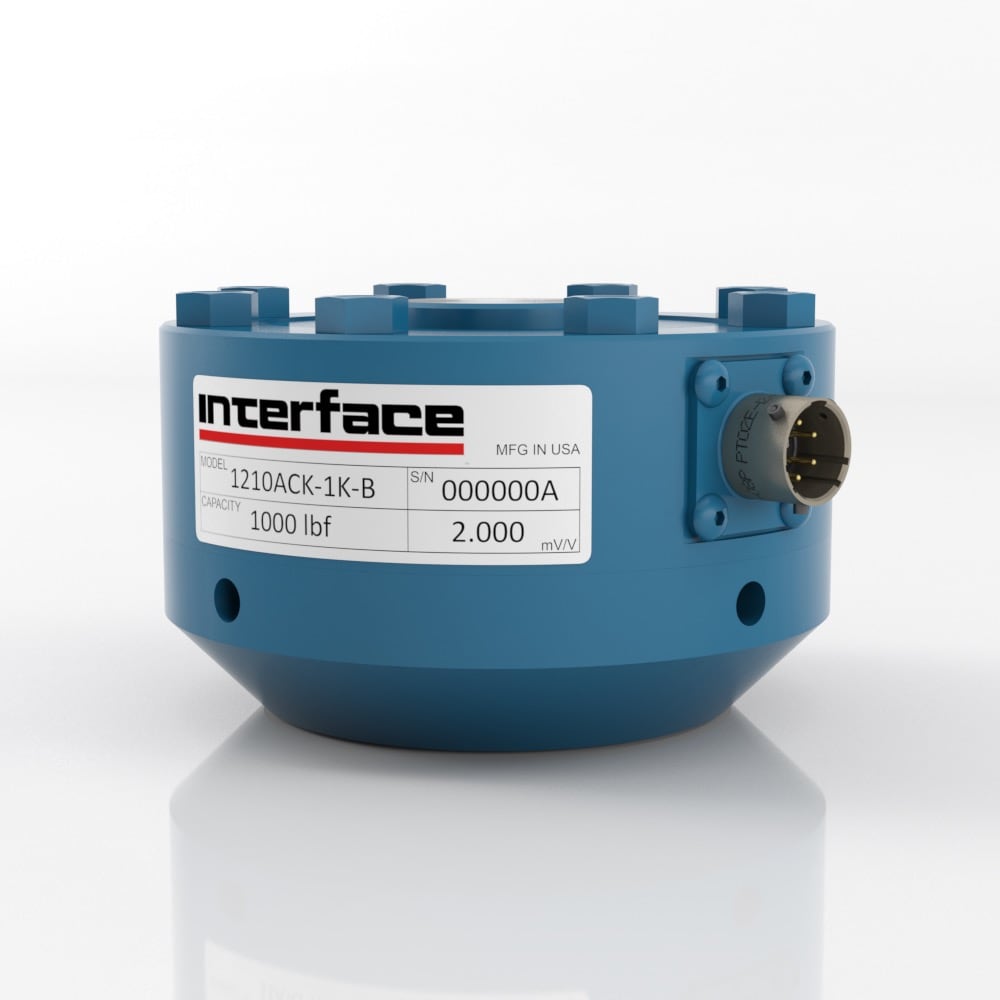