The temperature rating of a strain gage type load cell is primarily dependent upon the materials selected for its construction. While the load bearing element is normally good for a wide temperature range, the non-metallic materials in a load cell are quite sensitive to temperature extremes and must be carefully selected to ensure they can withstand high or low temperatures.

Most Interface standard load cell models are rated for an upper operating temperature limit of 200°F. Special models can be engineered to operate as high as 500°F by request for customization. We also carry a line of intrinsically safe load cells that are designed and used in harsh environments.

Interface offers a range of high temperature load cells in different form factors, from miniature to jumbo, including:

There are four parameters to consider when examining temperature performance of high temperature load cells.

Another consideration for utilizing load cells in high temperature environments or exposing load cells to high temperatures is the use of cables. Since cable resistance is a function of temperature, the cable response to temperature change affects the thermal span characteristics of a load cell cable system.  Interface recommends consulting with your application engineer to see if a 6-wire system can eliminate concerns. Also, for non-standard cable lengths, there will be an effect on thermal span performance. For long cable runs or high accuracy applications, this can be a significant factor. 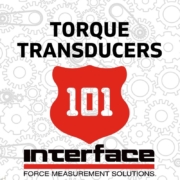 Most Popular Interface Support Resources in 2022